This course is the second of a series of two courses that aim to provide a comprehensive, authentic and inspiring account of the blessed life of the Prophet Muhammad (may Allah bless him and give him peace). Based on the earliest sources, this thoughtful and engaging course will provide an essential overview of the Madani period to allow students to fully acquaint themselves with the struggles and major events of this era in the life of the Prophet (may Allah bless him and give him peace).

Beginning with the Hijrah (Emigration) of the Messenger of Allah (may Allah bless him and give him peace) from Makkah to Madinah, we will move in a lively, fast-paced manner reliving the moments of his life until his demise. Through pre-recorded lectures, this course will provide a succinct account of this period describing the events our Prophet (may Allah bless him and give him peace) experienced after the Hijrah. His sublime character and leadership, and his many other excellent qualities which make him a model for humanity will be explored at depth.

We will also discover how he dealt with significant events in the Madinan period, such as the battles of Badr, Uhud and Khandaq, the treaty of Hudaybiyyah, conquest of Makkah and the Farewell Hajj.

“There is indeed a good model for you in the Messenger of Allah - for the one who has hope in Allah and the Last Day, and remembers Allah profusely.” (Qur’an 33:21) 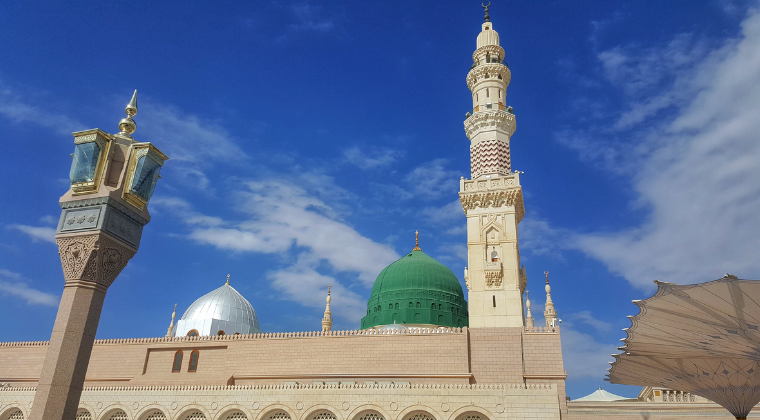 Monthly Subscription Yearly Subscription
Shaykh Junaid Kharsany was born in Durban, South Africa. He was blessed to complete the memorization of the Holy Qur’an at the tender age of fifteen. Shaykh Junaid began his higher Islamic studies at the renowned seminary, Madrasah ‘Arabiyya Islamiyya in Azaadville, South Africa. During his studies, he immersed himself in the study of Arabic, Jurisprudence, Hadith, Tafsir among other Islamic sciences. He graduated with a degree in the Islamic sciences, including authorizations in the major books of hadith. Soon after graduating, he began teaching sacred knowledge at the Islahul Muslimeen seminary in Durban, South Africa. Shaykh Junaid has long been involved in the work of da’wah (religious propagation) and has served as a social worker and leader for a number of communities. He has also served as a supervisor for the educational board of the Jamiat Ulama Kwazulu Natal and as an Imam in Inglewood, California. He has previously taught at the Institute of Knowledge in Diamond Bar, California in the Alim program. He teaches at al-Falaah College in South Africa and also serves as a radio presenter and host for Radio al-Ansaar. Additionally, he serves as a panelist for Radio Islam and occasionally appears as a guest on Cii Radio channel. He joined Rayyan Institute as an instructor in April, 2014. Shaykh Junaid presently resides in Durban, South Africa with his wife and children.
View more courses