An introductory course to the Mathnawi of Mawlana Jalal al-Din Rumi covering biographical details of the great author, specialties of the book, prerequisites to understanding the book and fundamental themes.

Additionally, the muqaddimah and a few initial stories are covered to expose the student to the style and methodology of the Mathnawi.

The Mathnawi is a celebrated and oft-studied text in academic circles today yet few traditional English-speaking voices exist to shed light on the book's original purpose. The Mathnawi was written to enable the seeker on the path towards Allah to open his or heart to the spiritual teachings of the Shar'iah and Sunnah. The instructor of this course, Shaykh Tameem Ahmadi, an expert in the language and contents of the Mathnawi, offers a refreshing perspective in introducing this book to the student in hopes of not just reviving the traditional understanding of the book but also to rejuvenate and replenish the soul of the modern believer with love for the Creator.

Note: This on-demand course introduces the Mathnawi to the seeker and does not cover it in full. 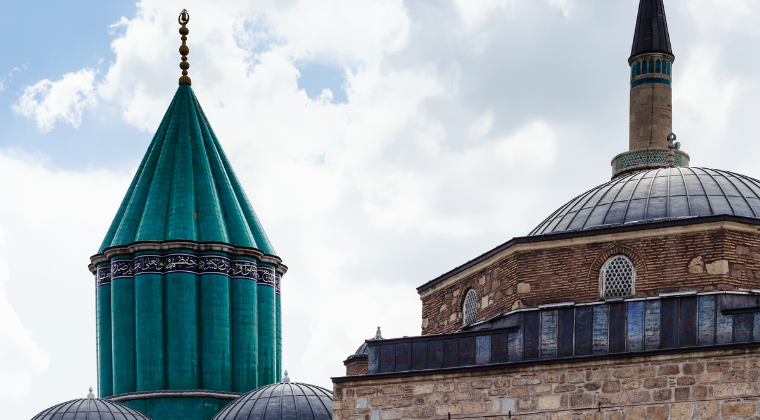 Monthly Subscription Yearly Subscription
Shaykh Tameem Ahmadi is the founder of Masjid al-Huda, Nur Institute and Nur Publishing. After studying at San Francisco State University he pursued the study of sacred knowledge studying under some of the foremost Islamic scholars of North America, Africa and South Asia. Shaykh Tameem has been granted numerous ijazat in the Islamic sciences of Fiqh, Hadith, Aqidah, Tafsir, Usul and the numerous books of hadith including the Sihah Sittah. Some of the illustrious scholars from whom he attained ijazah of hadith from are the likes of Mufti Taqi Usmani and Mawlana Salimullah Khan. After completing the Dars Nizami curriculum, Shaykh Tameem immersed himself in the study of the Islamic Spiritual Sciences of the Heart under the private tutelage of one of the most honorable spiritual masters of our time who granted him the mantle of authorization to teach and transmit. He has authored a number of books and heads many scholastic efforts. He is a counselor and mentor for religious seekers of all ages teaching both the dedicated student of knowledge and the casual learner. He is fluent in Arabic, Farsi, Urdu and English. He currently resides in California with his family.
View more courses